Two Years after Beijing. An Update from Hunter Emigh, aged 15

Two Years after Beijing. An Update from Hunter Emigh *, aged 15 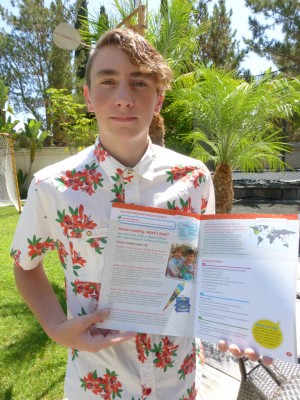 Moving to California was not what I expected.  Living in Beijing had been so much fun.  We traveled all the time, I had tons of friends and my school was the most awesome school in the world.  When we moved into our new house in Irvine, it was under construction, so we didn’t have a kitchen or any furniture.  It was a lot like camping.  We cooked on the outdoor barbeque, every meal.  We slept on blow-up mattresses and we shared one bathroom that had a hole in the shower wall.  That’s how I started my new school.  Everyone already had friends and it was hard to get to know people.  The first friends I made were kids from South America, who were Expats themselves, living in California.
That was fun because they understood what I was talking about when I told stories about living in China.
I thought Irvine was the most boring city in the world.  All of the kids went home after school to do homework or tutoring.  No one hung out or did anything fun, like we did in Beijing.  And everyone followed all the rules, all of the time.  It was so boring.

I decided that I didn’t like this school and started a search for another option. I found an amazing Charter School called Orange County School of the Arts.  It was a school that built in classes focused on whatever subject you studied.  I am a musician.  The schedule said that you would take 3 hours a day of music classes and that there is a block of time to get homework done at school so less to do at night at home.  That sounded perfect for me.

There was an audition process and interview to be accepted to the school.  I worked really hard for the next few months learning audition pieces for the guitar program.  When I was accepted it was the best day so far living in California!  The new school was several miles away from home and I found out that lots of kids rode the Metrolink Train.  My parents agreed to let me take the train and it was so much fun.  The kids at this school (and the ones who rode the train) were amazing.  They were always going places and putting on shows and it felt great to be around all of the energy.

I quickly made friends and was asked to join a band.  I was having so much fun I didn’t realize two years have past since I moved to California.  My band is busy playing locally and we are getting ready to record some of our original songs.  Maybe one day you’ll hear us on the radio? I am excited to start my first year of official high school (9th grade) at OCSA (Orange County School of the Arts).  I still think Irvine is kind of boring, but I am making the best of it. 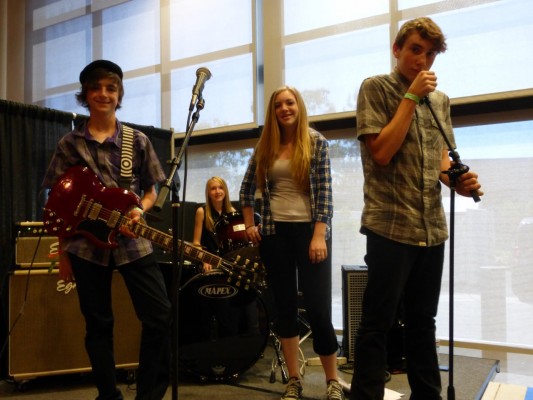 (Hunter features in stories in Slurping Soup and his story “Home country. What’s that?” is now profiled as an interview in an Oxford Uni Press Oxford International English: Student Book 5 that has just been published and will be sold to schools around the world. See previous blog.)