It Isn’t Easy Being Third Culture 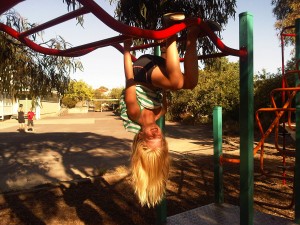 When I was born my family lived in Vietnam. I don’t remember much, but I met my Vietnamese aunty Vinh, who I am still close to and who visited us recently in Melbourne. We moved to Indonesia when I was just learning to walk. I started in the Maternelle Section of the Lycee in Jakarta and made a great Indonesian-French friend named Bohemond, who I laughed and played with whenever I could. A few years later we moved to China. My French got better at the Lycee Pekin and I made friends with Alexine who I keep in contact with even though she moved to Singapore, her Mum’s home town. I learnt Mandarin in China.

Two years ago, my family moved to Melbourne, which is my mum and dad’s home town. We have family and old family friends here and that made settling in quite easy. I am at the French Elective School, where I am pretty much the only non-French background student.  I studied Mandarin at the Chinese school on Sundays. Recently I heard we might be moving to New York. At first I thought that it would be simple and a new adventure. Why not?  But I started to think that I am not all that happy about moving again. I like living in Australia. My Mum has old friends from Primary School and High school and they all live here in Melbourne. I think I want that too. I am not sure about moving again.