TCK Lyndsey reflects on revisiting China & her transitions in Australia

2 years ago in December 2010, I relocated with my family and moved to Melbourne, Australia, leaving all my friends behind in Beijing. It has been a tough transition as everyone who moves would experience, but I’ve managed to make some wonderful friends here in Melbourne and am really growing to love this beautiful city. It may take as long as 2 years to settle into a new city, but I seem to have really found my place in Melbourne. Part of the reason as to why this might be is the fact that my parents have allowed me to travel back to Beijing several times since I’ve moved, most recently only last week! 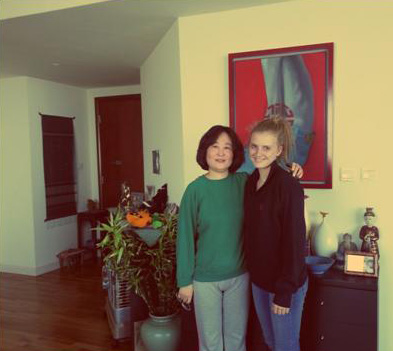 I spent 6 days shopping, relaxing and most importantly catching up with some dearly missed friends. We went shopping, ate out most days and went to sleepovers. Although a lot of them have also relocated in the past couple of years, the ones remaining were really great to see! I also caught up with my Chinese ayi who was surprised to see how much I have grown.

I think returning to a place that you have lived in before really helps you let go, because you come to understand that really, most goodbyes aren’t forever. With all of today’s electronic communication, letting go is so much easier than before. Hopefully I’ll return some day, but this time I felt that even though my friends aren’t always here with me, they’ll be reachable no matter what.

This entry was posted in Blog, Fun Corner, News. Bookmark the permalink.